The people who settled Benissa, lacking enough permanent water resources to supply the town, for years built cisterns in their homes and work areas where they collected the rainwater to use throughout the year. The water in these cisterns mainly served as drinking water and for a meagre amount of personal hygiene. For doing the washing, a series of public washhouses located around the natural springs of Pou d´Avall, Santa Ana, Nussols

In the mid-1960s, an opportunity arose that the municipal authorities and enterprising residents of Benissa did not want to miss, namely the chance to become shareholders in an irrigation well located in Benidoleig, over 20 kilometres away from Benissa. With aid from institutions and the issuing of special taxes on the inhabitants of Benissa, the works necessary for delivering the water from the Cami Sanet well (Benidoleig) and constructing the distribution network for the town centre and the branch lines to the tourist area were done.

In 1966, the Benissa City Council established the Municipal Drinking Water Service, directly managing it as a monopoly governed by a Regulation.

The inauguration of the Service dates from July 1969, and since that time water has been one of the basic elements which have transformed the municipal area. The effort made by the residents of Benissa and the impetus provided by their leaders made possible the installations that currently form the foundation of the Municipal Drinking Water Service.

Seeing that the tourism “boom” was very soon going to cause a situation where the flow volume of the Cami Sanet well would not cover future needs, three plots of land with a few existing wells were purchased in the municipal area of Benigembla. A water supply crisis did occur in 1975 and prompted the construction of a water delivery network from Benigembla in 1976, with the San Antonio and Manuel Torres wells going into operation. The Corralet well went into operation in 1996.

Benissa currently has over 11,000 residents, a figure which increases in the summer months by up to 50% due to the influx of tourists.

Approximately 3,500 m3 of water are consumed daily in Benissa during eight months of the year, a figure rising to 7,000 m3 during the summer season.

These high figures requires the Municipal Water Service to use advanced technology in control of water management and allows for making the maximum possible use of the available water resources. 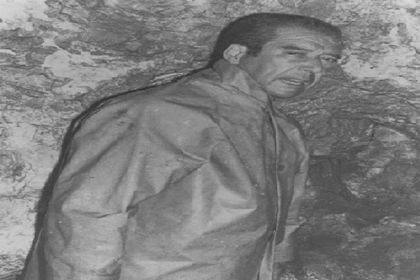 Salvador Ivars Ortola (1918-1998). Mayor of Benissa from 1963 to 1973. The actions that form the foundation of the Municipal Drinking Water Service were carried out during the period he was mayor. In 1964, based on information provided by Vicente Far Gimenez (“Vicente el Practicant"), then working for the service in Benissa, the purchase of 500 shares in the Cami Sanet well was made. In May 1966, the establishment of the Municipal Drinking Water Service was approved. In November 1996, after negotiations with the Public Works Ministry that even appealed to family relationships, the work for supplying drinking water to Benissa was awarded. In February 1967, the extraordinary budget of the works for the drinking water supply totalling 27,538,612 pesetas was approved. The Ministry contributed an additional 12,339,324 pesetas, based on the calculations that 22,670,033 pesetas would be raised by special taxes. In March 1968, the water pipeline works for the coastal areas were awarded. Several Benissa residents made a bank guarantee credited to the Benissa City Council to finance 65% of the payment for the water pipeline work to go to the "La Fustera" area. In May 1969, the drinking water supply of Benissa was inaugurated. In September 1972, with Manolo Torres acting as intermediary, the contract for opening four wells in the municipal area of Benigembla for the delivery of drinking water was approved. Two of them were of interest for use, the Benigembla no.3 test probe (the current San Antonio well) and Benigembla no. 1 (the current Manuel Torres well). In June 1973, the works for building the 5,000 m3 tank was awarded (the current Ibiza tank) and the 300 mm. crossing network for the La Costa section, which was used in the subsequent construction of the Collao-Benissa and Benissa-Benimarco dual pipeline networks. 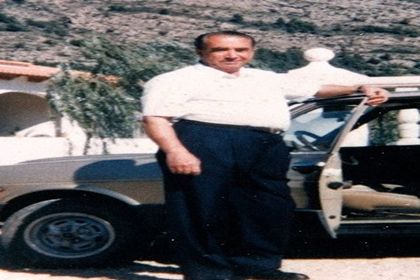 Manuel Torres Llopis ( 1922-1991). A native of Benigembla, if there is anyone to feel grateful towards, it is the man known as Manolo. He loved nature and all the assets that made it up, especially the environmental asset of “water”; the water, he used to say, is what gives life to things; fundamentally, he said, everything is water, whether in its solid, liquid or gaseous state. This love for water, especially the groundwater that never came to the surface, led him to dedicate his entire life to searching it out wherever it might be. He had a special talent for discovering it, even in the most remote, isolated corners of the depths of the earth where the water circulates and flows through the veins and arteries which replenish and revitalise the earth. A self-taught expert, he studied nature and the different elements that make it up to discover which kind of materials, i.e., rocks, sands, etc., made possible, created and stored water.

Manolo was essential since it was through his acting as an intermediary that the Benissa City Council acquired the wells located in Benigembla that he himself had discovered. Although optimistic and full of life, he felt a special concern, together with his wife Josefa, for the changes being produced in nature which brought periods of drought with them on more than a few occasions.

His devotion to the wells he discovered was so important that he continued to be responsible for the pumping and supervision of the wells the Benissa City Council owned in the municipal area of Benigembla from 1976 until his death.