Each time we use the bathroom we “condemn” an average of between 10 and 20 litres of water, in most cases drinking water, to be converted into waste water or sewage that could become a serious environmental problem, not only due to the pollution of rivers and subsoil but also due to the low level of reuse of this waste water for other uses, something that translates into energetic and financial losses. The waste water is made up, therefore, of water that has been used in the homes, in industry, in farming and public services, and could also include rain water that has fallen on the streets, open spaces, patios, gardens and the roofs of the buildings. 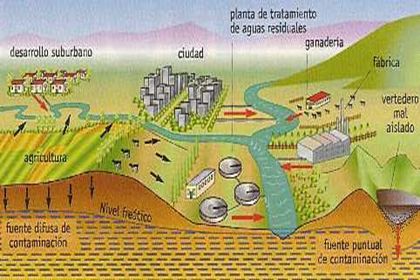 During the last decades there is an awareness of this problem and domestic waste water is now piped to sewage plants (in Spanish, Estaciones Depuradoras de Aguas Residuales or EDAR) to be adequately treated. For this it is necessary a network of drains and sewers and other installations that allow the water, once treated, to be returned to the environment in a condition that is compatible with the same.

When untreated sewage drains into a river or filters down into an aquifer it produces various effects: 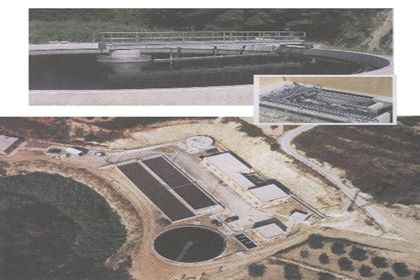 The town of Benissa and the "La Pedrera" industrial estate together with the village of Senija pipe their waste waters to the to the joint Benissa-Senija sewage plant, facility that belongs to the Valencia Community’s Water Treatment Entity “EPSAR”.

The Town Councils of Benissa and Senija have joined forces to obtain the necessarypermissions and the Jucar Water Confederation authorized the treatment of waste waters in a resolution number 1999VS0028 notified on the 9th March 2007.

The facility, the running of which is contracted out periodically by EPSAR, has a estimated capacity for treating 2.500 m3 of sewage per day, with 249 Kw of energy and the following UTM coordinates:

The sewage plant entered into service in 2006 treating 1.114 m3 of sewage per day serving a population of 6.875 and with the following yields:

As far as the treatment methods used, the first step is a primary treatment to separate solids consisting of a filter, sieve, a sand extractor and a grease extractor followed by a secondary treatment consisting of a prolonged exposition to air and a biological reactor to reduce the BOD5 and the decantation of the water that is finally disinfected using chlorine.

In the treatment of the resulting sludge a gravity thickening system is used followed by the dehydration and filtering. 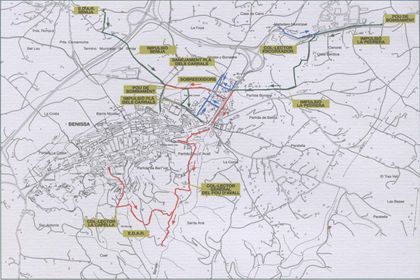 Plant of the sewers that transport waste water to the sewage plant.